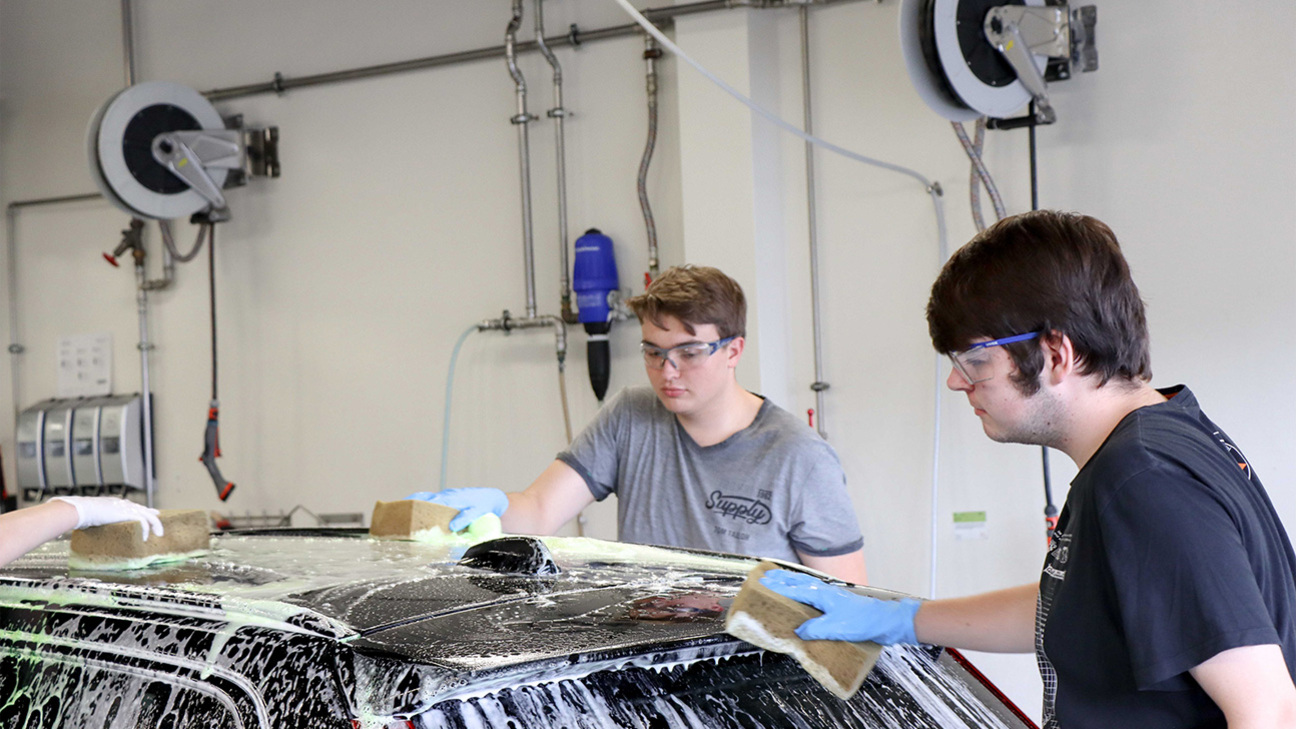 August means the start of apprenticeships. Therefore, the first week of August at Koch-Chemie in Unna was again marked by the Welcome Days, during which we welcomed our two new apprentices.

School bag on the first day of training

Welcome Days – at Koch-Chemie this means that we give our new apprentices an informative, exciting, varied and above all smooth start to their apprenticeship with us. Equipped with a KCX school cone (That is a bag filled with sweets and little presents German children traditionally receive on their first day of school.), Julia, apprentice industrial clerk, and Robin, apprentice warehouse logistics specialist, started on Monday with a company presentation and many departmental presentations. The departments presented the different tasks and sample projects to directly introduce them to the varied KCX world. A lot of impressions for the first day but great to get a better picture of Koch-Chemie. During the subsequent product training with our application technology, the correct handling of high-pressure cleaners and washing chemicals was explained in more detail. Of course, everyone was allowed to try out washing themselves. Our current apprentices then showed Julia and Robin around the entire plant. Not only did they find their way around, they also had the chance to introduce themselves everywhere.

One for all, all for one

Our existing apprentices have supported Julia and Robin since day one. As old hands, so to speak, they showed the two of them around the KCX factory premises and were able to report on their impressions during their training with us. Maybe this takes away the fear of one or the other situation. But above all, it is nice for the new apprentices to know that there are people at KCX who have already been in the same situation, who can answer questions and give tips at eye level.

On Wednesday, the entire team of apprentices was scheduled for the teambuilding event at Lake Ternscher in Selm. In Aqua Climb, the largest floating climbing park in Germany, everyone was able to work off their energy and cool down. The wetsuits were gladly dispensed due to the wonderful sunshine and 33.5 degrees.

An unplanned surprise: SAT1, a German TV channel, was also at the climbing park on Wednesday to report on its opening. Without further ado, our apprentice Dustin was strapped with the Go-Pro after approval and was interviewed afterwards. This is how the apprentice excursion was recorded for eternity: Schwimmender Kletterpark in Selm | SAT.1 NRW - Die Infopage zur Sendung (sat1nrw.de)

The trip was a success: All five had a lot of fun and made plans for the next trip together during lunch over curry sausage and French fries.

The entire KCX team wishes Julia and Robin all the best and much success in their training!